To celebrate this wonderful milestone Petfinder is asking people across the country to join the celebration and its effort to donate $200,000 to the Petfinder Foundation. The funds will go towards awarding grants to 20 shelters and rescue members which will be used to improve their efforts in getting pets adopted..

To make this donation possible, Petfinder is asking animal lovers to watch and generate one million views by Oct. 24 of its #MetOnPetfinder anniversary video, above, which shows how adoptable pets have transformed the lives of their adopters.

Both my cats Ziggy and his new baby sister Tory are adopted and the best of friends. (Below).I am a firm believer that adopted animals have soul and know they have been rescued.We adopted Ziggy when he was an eight-week-old kitten as a companion for our older cat named Fudge. She was very upset when her feline companions Cali and Muffin had passed away leaving her alone. It was the best decision I ever made. Fudge was 12 at the time and Ziggy literally gave her a new lease on life and she only passed away recently at the age of 17. Sadly it was kidney failure. But the two of them were inseparable until the end.

We could see that Ziggy was grieving and after a couple of weeks of her passing, we started looking to adopt a kitten to keep him company.Tory was in foster care after she and her litter mates were found roaming the streets of San Diego alone. Ziggy took one look at her on arrival and it was love at first site. He never even hissed or tried to smack her for “invading his territory.” In fact, he brought her a toy to play with.

As far as our family is concerned, they provide unconditional love and endless hours of fun and entertainment. 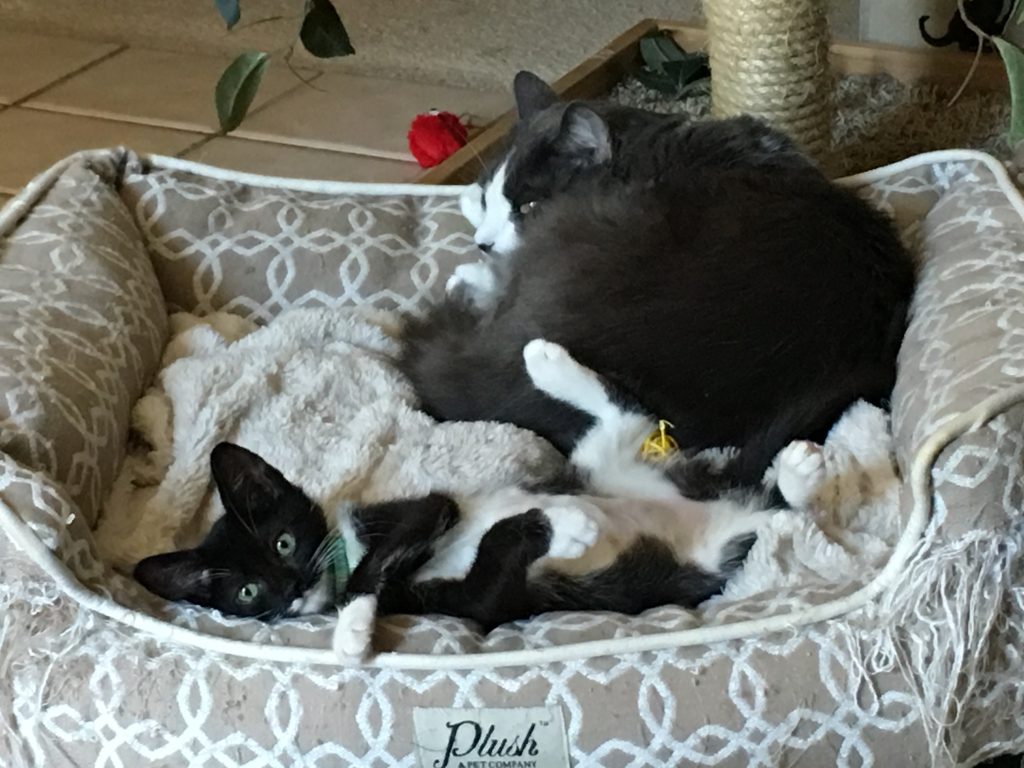 “I’m proud to team up with Petfinder and celebrate the lifelong happiness they’ve created for millions of families and the pets they’ve adopted,” said award-winning actress Jamie Chung,(above), who has appeared in numerous movies and TV shows. “I hope that more people consider adopting when adding a pet to their family. My dog, Ewok, is adopted and he’s been the best addition to my family.”

“My family and I have adopted and fostered more pets through the years than I can count. I strongly support Petfinder’s goal to find forever homes for adoptable pets and to encourage more people to consider pet adoption,” said Tony La Russa, Major League Baseball Hall of Fame manager and co-founder of the Animal Rescue Foundation (ARF) in Walnut Creek, CA. “By simply watching the #MetOnPetfinder celebration video, you can help Petfinder continue to support shelters and rescues that care for adoptable pets around the country.”

When the video has been viewed one million times, 20 selected Petfinder shelter members will each receive a $10,000 grant from the Petfinder Foundation to help continue to transform the lives of the pets in their care. As part of the celebration, Petfinder families, advocates, members and fans are also encouraged to share their Petfinder adoption stories on social media by using the hashtag #MetOnPetfinder. 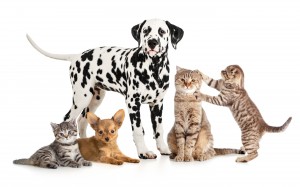 Dogs (and some cats) like cool treats just as kids do. Consider freezing Ultramix sweet potato or pumpkin puree dietary supplements in an ice tray and serve ice as a summer treat. Alternatively, turn the frozen treat into something special by freezing the mixture in small plastic cups and using a natural chewy treat as the stick. Insert the treat when the puree is partly frozen to get the stick to stand up properly. The treat should be easy to remove from the cup if you run the cup briefly under lukewarm water.