Transparency: The New Buzzword in Pet Nutrition And Care

It was the Greek physician Hippocrates, often known as “the father of modern medicine” who said: “Let food be thy medicine and medicine be thy food.”

This was unequivocally the underlying theme of the fourth annual Better With Pets Summit staged by Nestle Purina in Brooklyn, New York. In fact, is was Dr. Steve Ettinger, founder of the Berkeley Veterinary Medical Group and a veterinary icon with too many groundbreaking achievements in veterinary medicine to list here who referenced this quote during a panel discussion on the Science of Innovative Nutrition for Pets.

Dr. Ettinger used the quote to reiterate the fact that today global leaders in pet nutrition now work on a platform that is much bigger that just one that just deals in proteins, carbohydrates, fats and essential vitamins. Pet nutrition is about overall pet care. And, these days pet care is defined as much more than just providing food, water and good grooming too; it explores the role of the human-animal bond and, in particular the roles animals play in making human lives better.

For the past four years, Purina has gathered key influencers in the pet world together to share their knowledge with media influencers with the goal of educating pet owners at large how to improve their pets’ lives and, ultimately, their own by strengthening this remarkable bond. 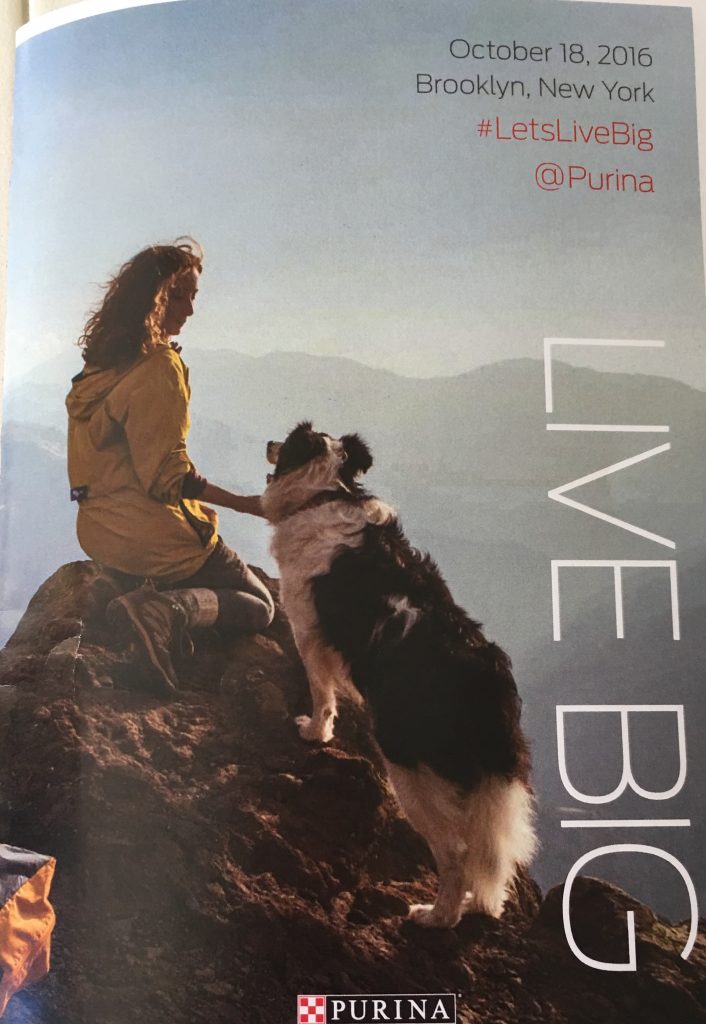 Coming back to Hippocrates’ famous quote, good nutrition is indeed key to good teeth, a glossy coat and boundless energy in both dogs and cats. But on-going innovation in the science of nutrition has resulted in pets living longer than every before.

According to Professor Bonnie Beaver, professor of veterinary medicine and biomedical sciences at Texas A & M University, back in the 1970s, the average lifespan of a dog was about four years and cats lived between two to three years.

“Now it is not uncommon to see dogs that are 12 years and older and cats living into their teens,” Beaver is quoted as saying. “This is the direct result of better nutrition in the form of specialized pet foods.”

But now the goals of nutrition are not only for pet’s to live longer but to have a good quality of life in those extended years too. Years of ongoing research at Purina (there are 500 scientists on staff) has resulted in the formulation of a food called BrightMinds for dogs that improves their cognitive function as they age. And, at the Summit, the company announced the introduction of a food for cats called Pro Plan Prime Plus. It’s for senior cats aged seven years and older and scientists say that this diet can increase the longevity of a cat for up to an additional year. It focuses on cats maintaining their lean muscle mass, strengthening their immune system and balancing the digestive system in older felines. There is no doubt that the future of such innovation will have our beloved pets living into their twenties, thirties and beyond …

We live in a world where customization in terms of diet is key too and discussions focused on individual diets being specially tailored for a specific pet’s needs. This innovation, once only on a drawing board, is also now available to pet owners with a mere click of a computer mouse at www.Justrightpetfood.com.

One of the key panel discussions that garnered a lot of attention was about demystifying quality and safety in foods. The horrific pet food recall in 2007 was truly a game changer and is made companies take an even closer look at quality and food safety standards and the need to be transparent about not only ingredients but food processing too.

This event, that resulted in the deaths of more than 30 000 pets did a lot for changing food labeling. For starters most of the small print on the back of packing is gone, replaced by very large print on the front, and, enhanced with photographs of real fruits and vegetables and protein sources. Yes, the word transparency is certainly the new buzzword in pet food production.

Today it is a highly regulated industry and companies often introduce their own voluntary recalls to ensure not only safety but also peace of mind. What many pet parents may not know that that there are different types of food recalls and it’s important to check what the recall is about before jumping to the wrong conclusions.

As mentioned earlier pet food companies now focus more extensively on general pet care and they play a important role in supporting shelters and both people and pets in need. 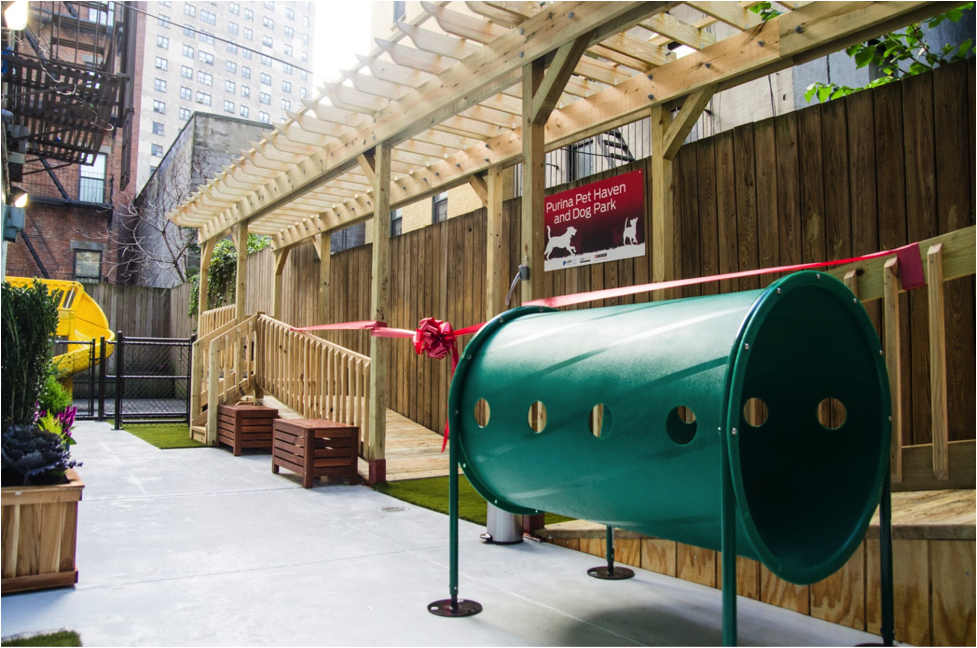 For me, one of the most interesting speakers at the summit was Nathaniel Fields, president and CEO of the Urban Resource Institute that runs several shelters in the New York area for victims of violence and domestic abuse that allows such victims to seek safety here and be allowed to bring their pets too. This is truly a remarkable program and addresses a very serious issue namely that many people won’t leave an abusive home situation because they don’t want to leave their pets behind.

As a company Purina, supports this initiative and has helped to create dog parks and open spaces at such shelters. (See photograph above). At the Summit, delegates helped to pack boxes containing pet blankets, collars, food and water bowls and other items to give to people at a shelter to help with their pet’s basic needs.

It was a simple task of packing a box. It only took a few minutes. But I felt that I had made a difference just imagining the delight on some one’s face  when opening the box  that will help a very special, and much-loved four-legged friend in a  time of stress and need.

This post was sponsored by the Nestle Purina PetCare Company. However, all opinions are my own. I only write about topics, events and products that I consider readers will consider useful information and relevant to their interests. You can learn more about this event and the research in pet nutrtion by following the social media hash tag #LetsLiveBig