You Are What You Eat … 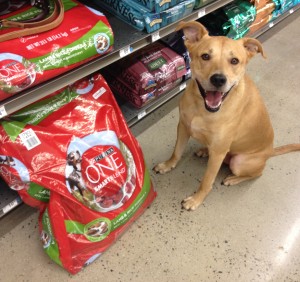 They say you are what you eat. And the same applies to our pets too. That’s why nutrition plays such an important role in every pet’s life. The right nutrition for your dog translates into visible signs such as a glossy coat, a healthy skin, and lots of energy and thus plays a role in the overall general health and welfare of your fur kid.

The first rule of good nutrition is to feed your dog an age and lifestyle-appropriate food.

Recently Purina approached me and asked me if one of my doggie testers would be keen to try recipes from the Purina One Smartblend dog food line which consists of 12 dry formulas that span all life stages from puppyhood through the senior years. There are also seven canned recipes featuring different proteins and vegetables. Dogs around the country have been signing on to a program called the 28-day Challenge designed to transition them over to the Smartblend True Instinct recipes and see what differences their pet parents notice on the new diet. 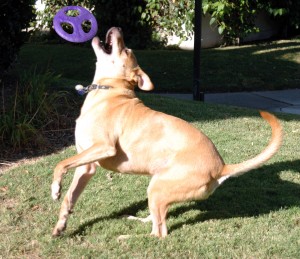 Clancy a mixed-breed five-year old dog seemed like a great fit and was up for the 28-day challenge. He is a lively, fit male. However, he has in the past suffered from an itchy skin that brings on bouts of scratching.

“According to his dad Doug, the dog is not a fussy eater. “He likes beef, fish and chicken as his proteins of choice in that order,” explained Doug. “However, he likes to change things up every few days. Often the best way to get him to enjoy his dinner is to disguise his food by adding some pureed pumpkin or sweet potatoes to the food bowl.”

As an adult dog, Clancy’s dry food choices off the Smartblend menu included a   turkey and venison, Salmon and tuna, grain-free chicken and sweet potato, lamb and rice and a beef formula. And the flavor of choice turned out to be lamb and rice.

The best way to transition a pet to a new food, whether it’s a dry or wet formula is starting off slowly mixing the new food in with the old food. Gradually it’s a matter of changing the ratio in favor of the new food until the food bowl only contains the new food. 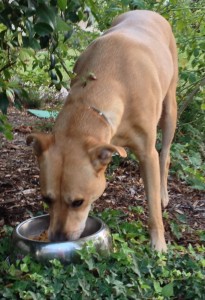 The twosome went shopping together and Doug decided to give him a little of the lamb and rice recipes on its own as a snack.

“He loved it from the get go which is unusual,” he said.

After the snack, Doug proceeded to slowly mix in the formula to his original food choice until he was only eating the new formula without incident.

Clancy is fed twice a day, morning and evening and his daily routine highlight is a late afternoon walk before his evening meal.

“Its not unusual for him to skip a meal, if he doesn’t like what’s in the food bowl,” added Doug.

But this hasn’t happened once since he’s been on the new food. In fact, accordingly to Doug he is really enjoying his new diet and there has been no necessity to disguise the kibble with pumpkin or sweet potatoes.

As far as his general health is concerned, Clancy has always been full of bounce and very active. So it was difficult to monitor his activity levels on the new food.

www.PurineOne.com/makeONEdifference. There are coupons for your first purchase too.