Testing for Food Intolerances in Both Dogs and Cats 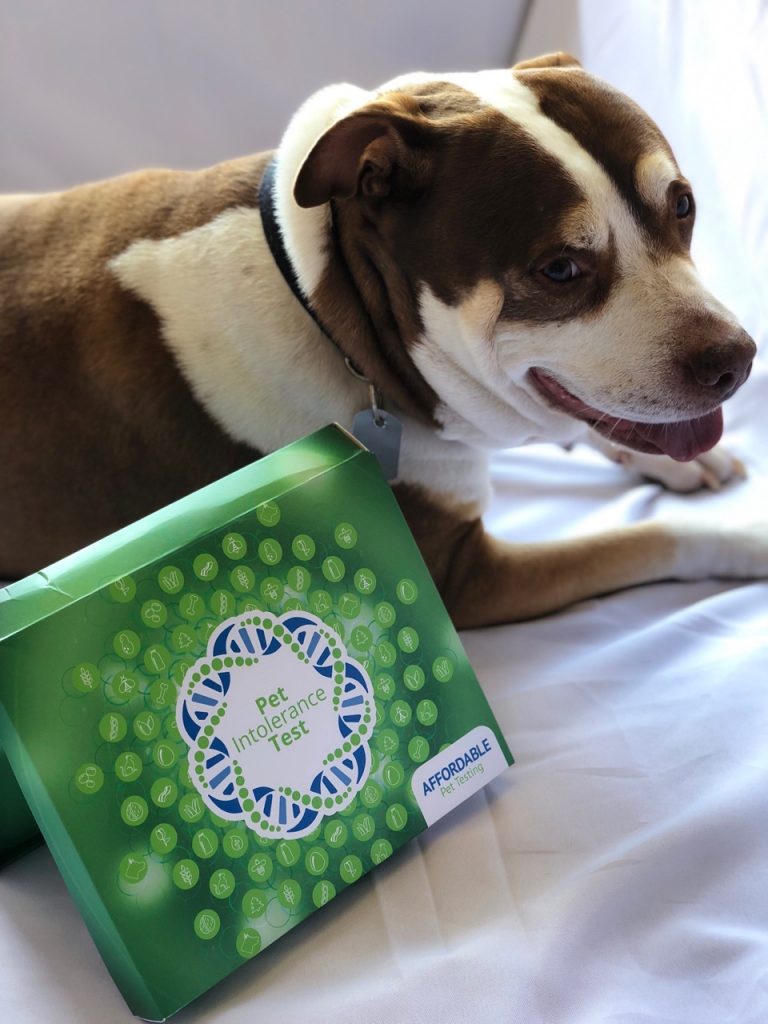 Food allergies in cats and dogs rank as the third most common type of allergic reaction pet suffer from after fleas and reactions to inhalants such as pollen, dust and molds.

Like people, some pets are born with allergies and, in others, an allergic reaction is something that can develop at any time in their lives.

A food allergy is defined an inappropriate immune reaction to a protein component in the pet food.

“It does not necessarily mean that it’s the animal protein in the food — the meat, chicken or fish — because everything has protein except for fats, oils, vitamins and minerals,” explains veterinarian Melissa Brookshire. “For example, peas in a pet food are not in the recipe as a protein source, but they do contain protein. So, a pet could have a reaction to the peas or the rice or apples in the pet food recipe.

“However, the animal protein component is the first place to look because animal proteins are key ingredients in pet food recipes and thus contain the biggest percentage of proteins.”

It’s easy for pet parent to identify the main protein sources in a particular can or bag of pet food because they are always listed in the first four ingredients on the label.

The most common sign of a food allergy in both dogs and cats is a very itchy skin, along with redness, causing the pet to fixatedly scratch and attempt to bite at the area.

The affected area can be anywhere on the body but often affects the face, causing the cat or dog to constantly paw their face, their paws, especially between the toes and around the anus, causing them to “butt ski” in order to try and eradicate the itchiness. Other symptoms of a food allergy can be digestive issues such as nausea and vomiting and also recurring ear problems, particularly yeast infections.

THE DIFFERENCE BETWEEN A FOOD ALLERGY AND FOOD INTOLERANCE

It’s easy to confuse a food allergy with a much more common reaction known as food intolerance. While bothersome, food intolerance is a less serious condition that does not involve the immune system.

“A food intolerance is just that — a particular ingredient or food does not agree with the pet’s system,” said Brookshire. “Typically, the symptoms are digestive upsets such a bloated tummy or gas as well as vomiting, bigger than normal stools, more frequent stools or even runny stools.

“A dietary intolerance can be likened to a person that can’t handle spicy foods but loves them. So, they eat them occasionally, knowing there will be consequences for a day or so. It is a short-term reaction, isolated to the GI system, that resolves as soon as the offending food or ingredient is discontinued.”

Further, the difference been a food intolerance issue and a full blown allergic reaction is that the latter is a longer lasting problem because even if the protein that is triggering the allergy is eliminated, it can take the immune system time to adjust and get back to a normal state.

A quick and easy way to check whether your pet has a possible intolerance to a particular protein is to do a test. 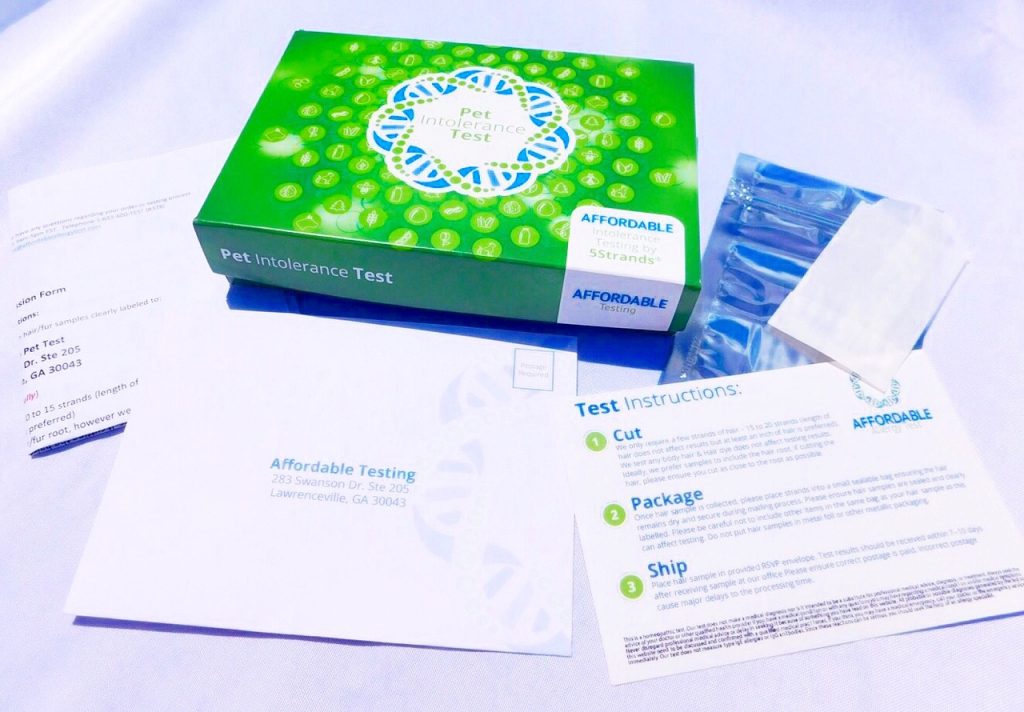 It takes approximately a week to 10 days to receive an extensive, easy-to-understand report. The report is divided into sections that allow users to easily comprehend what catalysts are producing symptoms and to what degree. The information contained in these reports will allow pet owners to make changes to diet and/or lifestyle that will reduce a pet’s symptoms.

I decided to do the test on Tory who lately had become picky about her food and was vomiting more frequently than the typical feline throw-up routines all cat parents know only too well!

“Testing using hair or fur samples is much more stable than the traditional blood test. Hair stores more information for a longer period of time and is not affected by food, stress or medications like blood testing,” explained says Lisa Blaurock, president of Affordable Pet Allergy Test. And hair testing is less invasive than blood testing. It’s much easier to collect ten to fifteen strands of hair than it is to take a blood sample.

The results were really easy to read and understand. It turns out that chicken turkey and white fish were high on Tory’s intolerance list. So, it was pretty easy to switch her diet to avoid these proteins.

It’s very important to remember the such as test doesn’t replace a visit to the veterinarian. In fact, I had previously discussed Tory’s situation with my veterinarian and we were going to undertake food tests switching proteins and slowly eliminating to see the culprits. The Affordable Pet Test fast tracked everything and he now has Tory’s test results on her file for future reference. 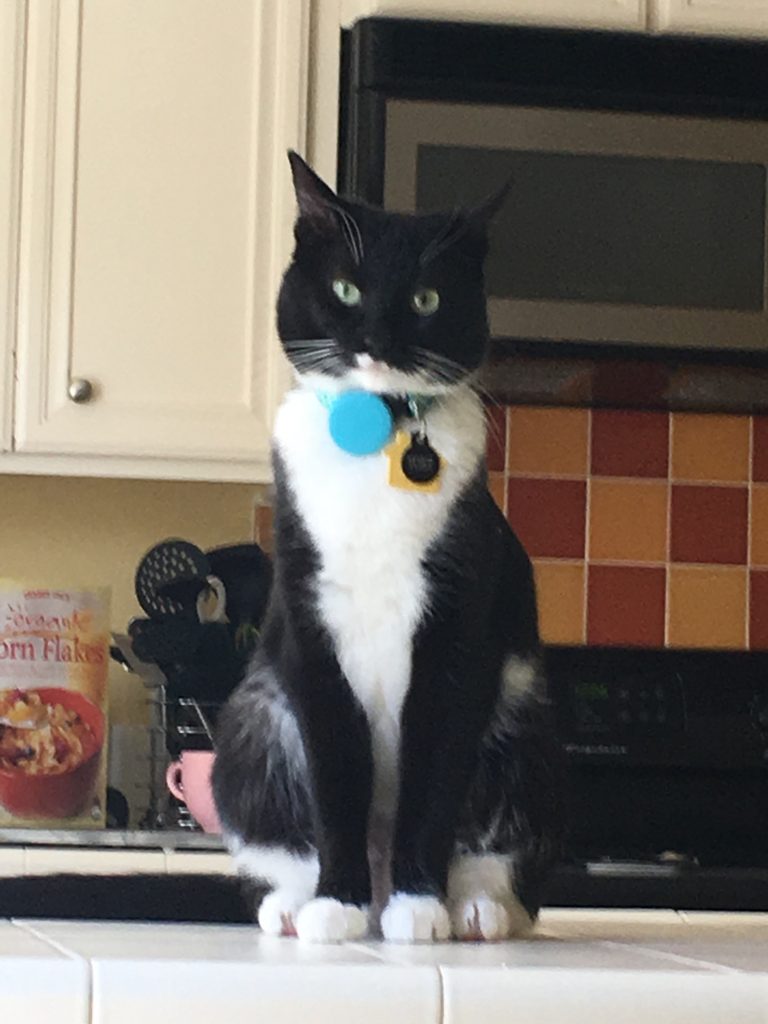 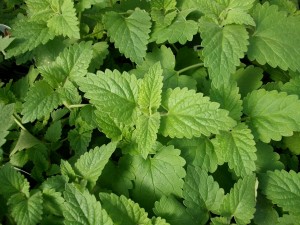 Catnip, catmint, catswort, kitty crack or whatever you call the plant with the Latin name Nepeta Catania, one thing is certain; the essential oil it contains nepetalactone, has a powerful effect on felines revving up their play skills and prey drive by instantly turning snoozing couch potatoes into an ecstatic flipped out balls of fur. The catnip effect lasts about 10 minutes. It’s a great way to exercise your kitty!